The rapper and her husband, Kenneth “Zoo” Petty, are expecting their first child together, she shared on Instagram Monday alongside a glam snapshot of her baring her baby bump.

“#Preggers 💛,” she wrote in the caption.

The happy news comes nine months after the two tied the knot and 10 months after Minaj, 37, announced her intention to retire to instead focus on her family.

“I’ve decided to retire & have my family. I know you guys are happy now. To my fans, keep reppin me, do it til da death of me … Love you for LIFE,” she wrote on Twitter.

Never miss a story — sign up for PEOPLE’s free daily newsletter to stay up-to-date on the best of what PEOPLE has to offer, from juicy celebrity news to compelling human interest stories. 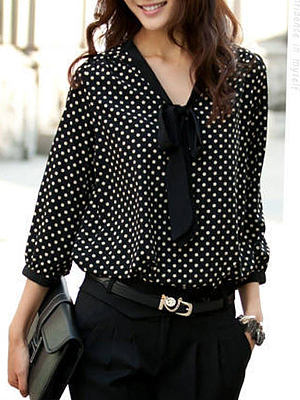 RELATED: Everything Nicki Minaj Has Said About Her New Husband Kenneth “Zoo” Petty

While the future of Minaj’s music career appears to be up in the air aside from her most recent single “Yikes,” the Queens, New York, native had hinted at a new album — as well as changes in her personal life — over the past months. In June 2019, Minaj said on “Queen Radio” that she and Petty had acquired a marriage license.

“We did get our marriage license,” the “Super Bass” rapper said during her show on Apple Music’s Beats 1 Radio. “I think I have what I was striving for, just happiness. It was so hard to get to a happy place. Now that I’m there, I don’t want to compromise that for anyone or anything.”

Then in July of that year, Minaj (birth name: Onika Maraj) appeared to confirm she was engaged — and expecting — in her Chance the Rapper collaboration “Zanies and Fools.” As she rapped on the track, “He the Clyde to my Bonnie, ’bout to walk down the aisle and be a mommy” and “I met my husband when I was 17 out in Queens.”

And in August, the hip-hop star changed her Twitter display name from “Ms. Minaj” to “Mrs. Petty” just days after revealing she and Petty had renewed their marriage license.

RELATED VIDEO: Is Nicki Minaj Done with Music? Rapper Claims “I’ve Decided to Retire and Have My Family”

At the time, Minaj explained that she and Petty “filed for the marriage license and we still had to pick it up and I was traveling, by the time I came back, we had to renew it again … From that time, you have 90 days to get married. That was about a week ago, so now I have about 80 days.”

Minaj revealed the exciting news that the two had wed in late October with a video on Instagram, showing matching “Mr. and Mrs.” mugs and black and white baseball caps with “Bride” and “Groom” written across the front.

Keeping it simple, she captioned the short clip, “👰🏽🤵🏽😢🙏🏽🎀 Onika Tanya Maraj-Petty 10•21•19” — referencing her new official name and seemingly the day that she and Petty officially tied the knot.

TMZ previously reported that Minaj and Petty — who made their relationship Instagram official in December 2018 — first dated when she was 16 years old and living in Queens. The outlet also reported that Minaj has referred to him as “one of her first loves” and is “confident he’s matured” over the years.

According to New York Division of Criminal Justice Services records, Petty was convicted in April 1995 of attempted rape in the first degree for a September 1994 incident involving a 16-year-old. He was sentenced to 18 to 54 months in prison, but it is unclear how much time he actually served.

Addressing her boyfriend’s past, Minaj responded to a fan in the comments section of one of her Instagram posts, writing, “He was 15, she was 16 … in a relationship. But go awf Internet. Y’all can’t run my life. Y’all can’t even run y’all own life. Thank you boo.”

Petty also pleaded guilty to first-degree manslaughter in the shooting death of a man named Lamont Robinson in 2002, according to a criminal complaint obtained by The Blast. According to the outlet, he pleaded guilty to the manslaughter charge in March 2006 and served seven years in prison after being sentenced to 10. Petty was released in May 2013, and had been on supervised release until May 2019, records accessed by PEOPLE show.